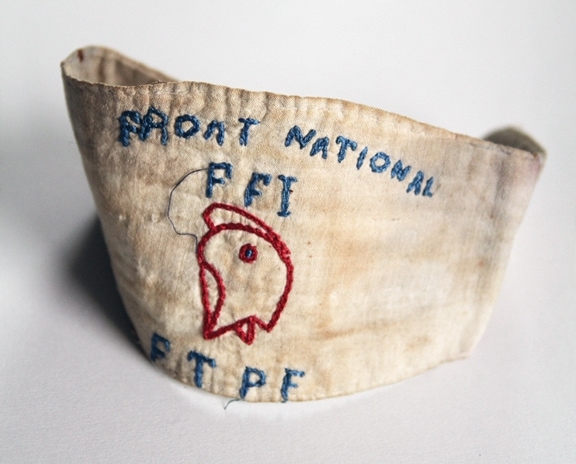 Further to our recent delves into the archive of SHOWROOM Vol.I, here is a wonderful insight and example of resistance through style penned by regular contributor and ‘antiquous oracle-ius’ Simon Andrews.

New York, August 1939, and Time magazine, reporting on the Parisian autumn collections, somewhat prosaically notes that “whoever runs the world, Paris intends to go on making his wife’s clothes”. However, within a few months, as German forces hovered on the perimeters of France, it was clearly evident that no European city would be able to boldly claim such influence. What was to evolve, by contrast, was a hybrid yet distinct style borne from necessity and infused with covert and symbolic aspects of a defiant national identity.

Paris, May 1940, the eve of the invasion, and Lucien François, editor of Votre Beauté magazine, observes that “every woman in Paris is a living propaganda poster”, acknowledging the proliferation of cheerful summer colours, patriotic silk scarves and the use of popular Gallic imagery. However, such buoyant optimism masked the practical realities that necessitated the stockpiling of many materials now deemed necessary for the war effort, and the sober consciousness that fashion, or rather clothing, should now bring considerations of practicality to the fore. Although the Parisian couture houses were to remain operative, supplying a wealthy elite throughout the duration of the war, the humble reality was that most materials – silk, leather, and even wood were rationed by 1941. Prompted by a paucity of materials, the fashion-conscious Parisienne, now obliged to improvise, personalized a distinctive silhouette of high hemlines, towering headdress, and clattering wooden-soled platform shoes – the latter jauntily celebrated in Maurice Chevalier’s `La Symphonie des Semelles de Bois’.

The Oriental exoticism of turbans, which had already asserted a role within couture by the late 1930s, had by 1942 materialized as a provocative statement of defiance – for whilst the headdress were in fact hand-made from fabric scraps and ribbon, and often stuffed with paper or wood shavings, their multiple pleats and folds suggested an extravagant use of rationed materials. For the bolder wearer, turbans were created from bleu-blanc-rouge tartans or ribbon, a forbidden combination of nationalistic colours selected specifically to offer defiant
contempt towards the occupier. For the next two years, turbans, which carried the additional practical responsibility of concealing impossible-to-maintain hairstyles, grew to enormous proportions. So much so, that the occupying German authorities, aghast at the apparent waste of cloth, threatened to close down every milliner’s shop – unaware that in fact, this was a style borne from the people, the humble population –not from the couture houses.

The turban’s profile was similar to the Phrygian bonnet, the red hood worn by Marianne, a symbol of the French Revolution of 1789 – an allusion that no doubt reinforced the spirit that turbans were `les chapeaux de la Résistance’. The Phrygian bonnet was a motif used by several of the numerous internal French Résistance groups, but the universal motif of French defiance was the Cross of Lorraine. Of Byzantine origins and later incorporated into the heraldic arms of the Dukes of Lorraine, the cross held associations with Jeanne D’Arc and, furthermore, was a graphic insignia that could be rapidly and surreptitiously daubed onto surfaces as an act of intuitive subversion. Selected in 1940 by an aide of General De Gaulle as the symbol of ‘Free France’, the Cross of Lorraine – applied to flags, brassards, printed fabrics, walls and vehicles alike – was by 1944 the definitive leitmotif of French resistance.

Normandy, June 1944, and the coast-lying fields and beaches of north-eastern France are strewn with the detritus of the Allied invasion, amongst which – for the fortunate – could be found the distinctive camouflaged silk canopies of the American paratroops who had landed early on the morning of 6th June. Using fallen parachutes was illegal in Europe, however, the bountiful arrival of a long-since unavailable textile prompted local housewives to scour the fields for material that was refashioned into underwear, dresses, scarves and cushions – the colourful print of which became, like the Cross of Lorraine, a celebration of liberty. Setting aside individual or collective acts of heroism, of which there were many, the concept of resistance is more often comprised of isolated acts, statements or symbols that congeal into a representative whole. It was with these artful, improvised, hand-crafted manifestations of grass-roots symbolism, that the men and women of 1940s France declared their independence. 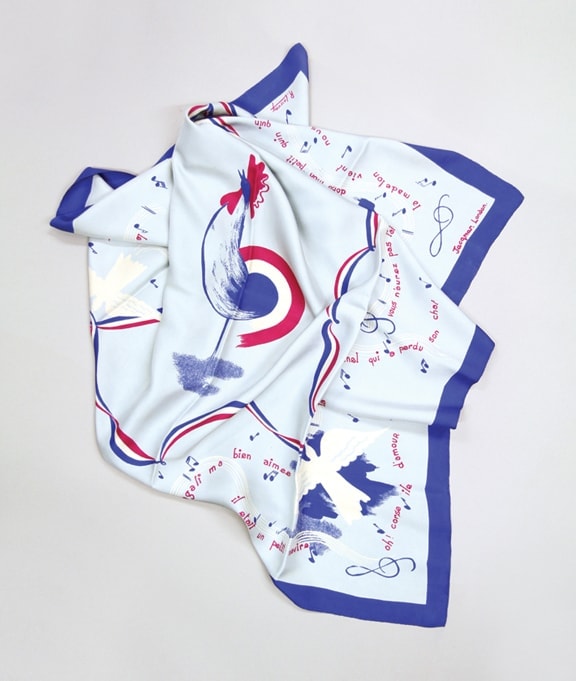 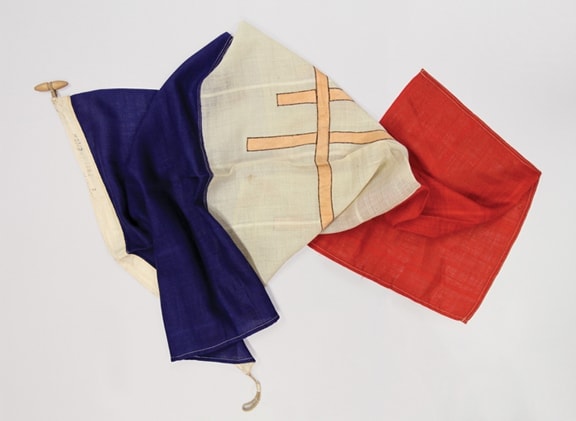 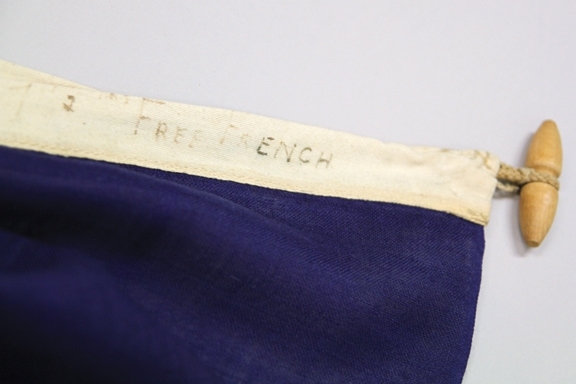