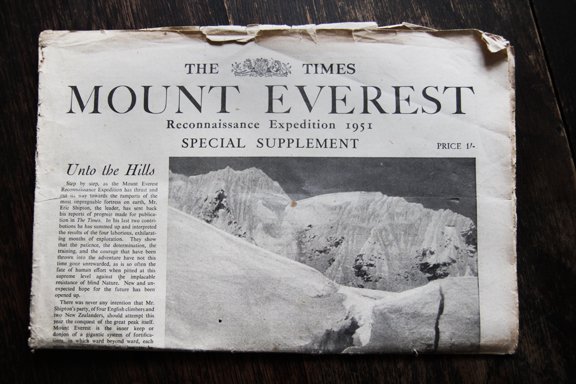 Everest pictures and Yetis, what more could you want from a post! Some two years before Sir Edmund Hillary and Tenzing Norgay became the first (confirmed for all you Mallory enthusiasts) climbers to reach the summit of Mount Everest, a small team including Hillary in the party made a Reconnaissance Expedition to Everest. Captured here in this recent find from a Times Special Supplement in 1951 we thought we should share…

Autumn 1951, The Himalayan Committee of The Royal Geographical Society and the Alpine Club sent a small party to investigate the southwestern aspect of Mount Everest. As a side of the mountains that can only be approached through Nepal, this had meant a rare privilege for the team to be granted access by the government.

Whilst the idea of looking for a way to approach to south-western face was not new, how far it had been entertained by the earlier expeditions of the 1920s is unclear but after the discovery in 1921 by Mallory and his companions of what appeared to be a relatively straight forward route to the summit from the East Rongbuk glacier, little serious thought seems to have been recorded in finding another line of approach. Step by step, as the Mount Everest Reconnaissance Expedition thrust and cut its way towards the ramparts of the most impregnable fortress on earth, Mr Eric Shipton, the leader, sent back his progress reports for publication in The Times.

It was never the intention of Shipton’s party, of four English climbers and two New Zealanders, to attempt to climb the great peak itself. Everest is the ‘inner keep’, or donjon, of a gigantic system of fortifications, in which each ward beyond ward, has to be successfully overcome. Even the outermost ramparts have to be approached through many miles of the rugged and trackless country so that any attack must be planned with strategic elaboration parallel to a great military operation – and with the same impossibility of precision since the opponent’s dispositions are imperfectly unknown. Victory cannot be expected in a single campaign… 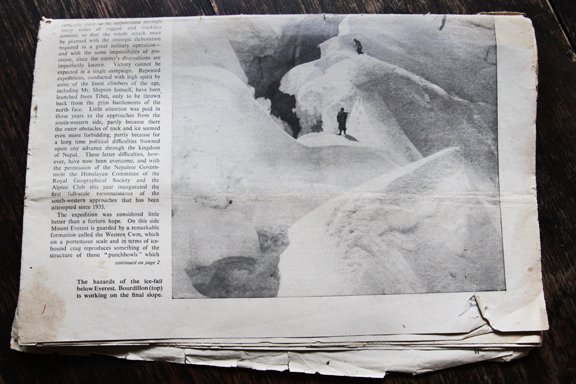 The great peaks of Everest (left), Lhotse (centre) and Nuptse, with a route, marked from the camp below the ice-fall at 18,500ft to the Col. The point marked X is at the top of the ice-fall, the highest point reached by the party. The line below point X shows the route to the ice-fall; that point X shows the proposed route from the Western Cwm to the South Col. 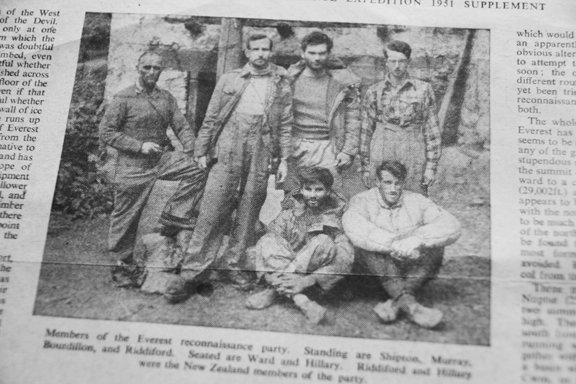 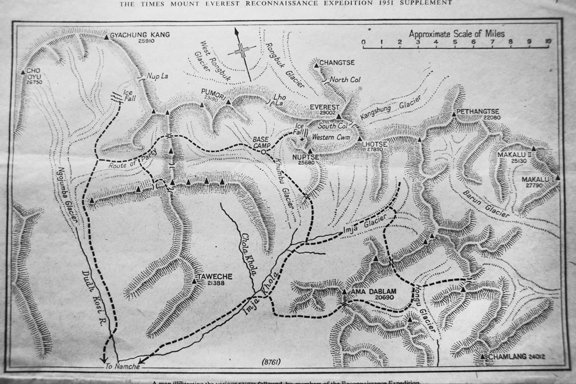 A map illustrating the various routes followed by members of the reconnaissance party. 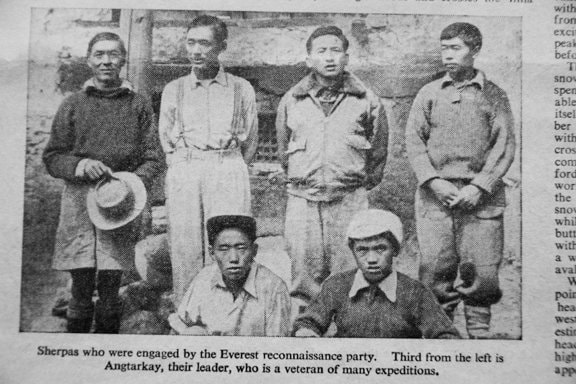 Sherpas were engaged by the Everest reconnaissance party. Third from the left is Angtakay, their leader, a veteran of many expeditions. 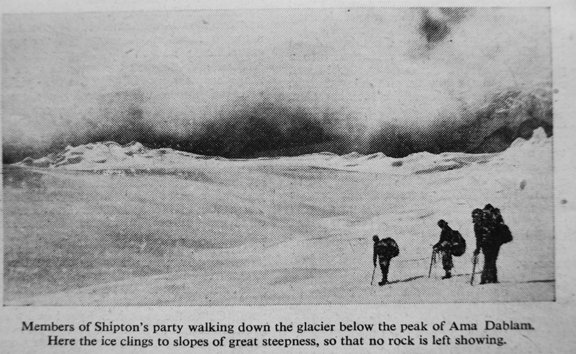 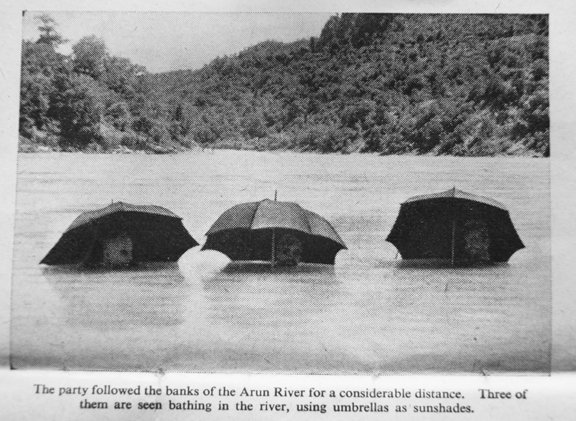 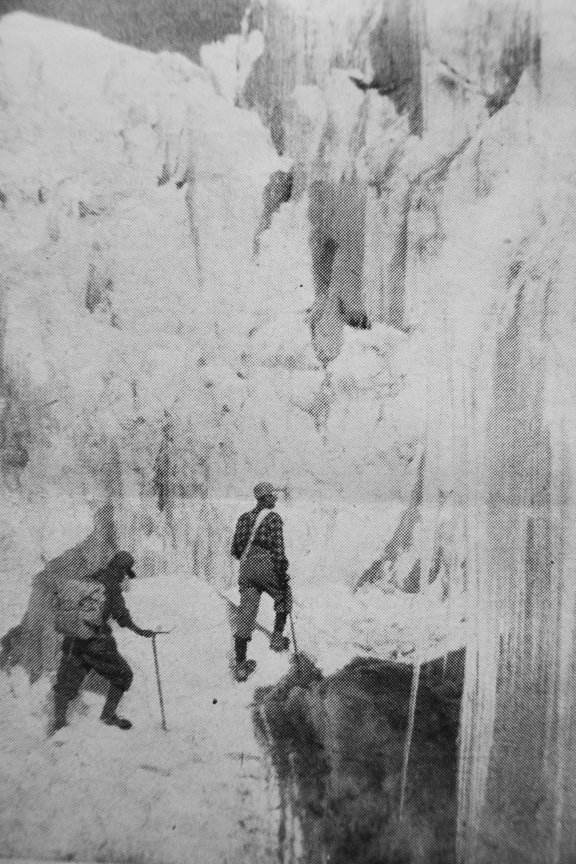 “Curtains of icicles hung from the overhanging walls and flashed in the sunshine” A picture taken during the climb of the ice-fall leading up to Nup La. 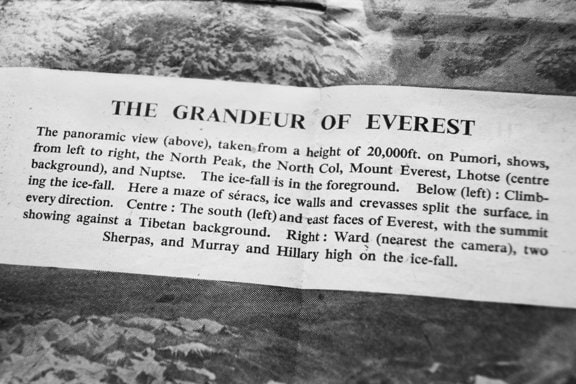 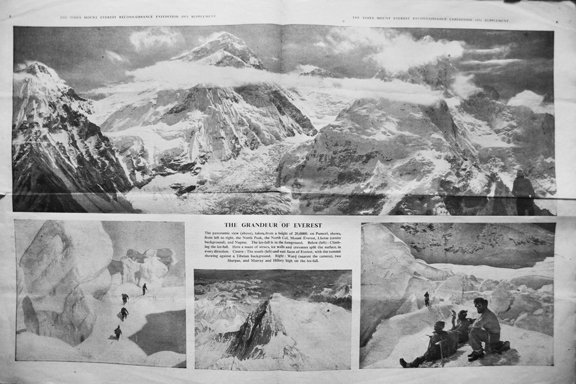 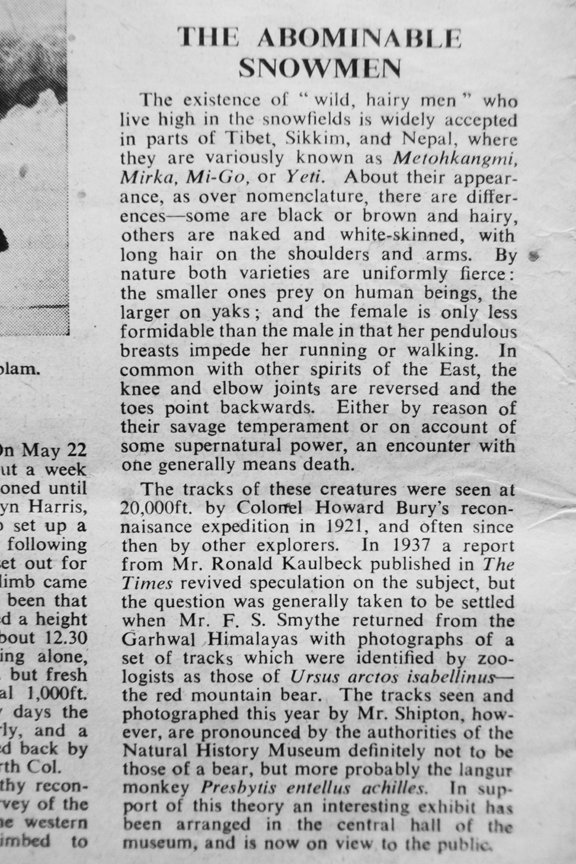 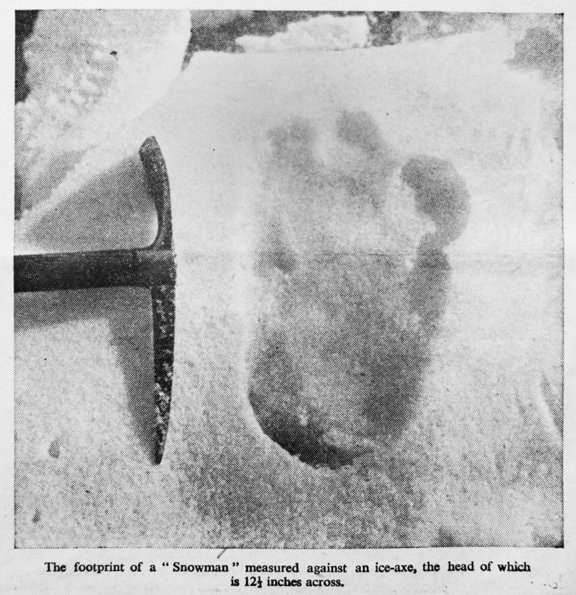 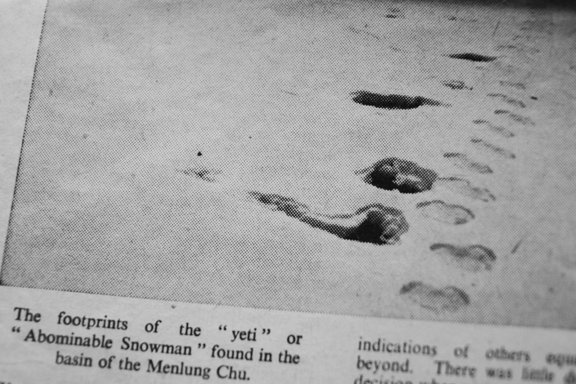 Tracks pronounced ‘definitely not those of a red mountain bear’ by the authorities at The Natural History Museum.