Here’s a nice Sealed Pattern Royal navy jumper, smock, crackerjack top dating from the First World War, or to give it its proper name ‘Jumper, Duck’, referring to the heavy linen sailcloth it is made from. This is the garment template, the quality standard from which issued items had to adhere to and seems to originate from ‘Experimental Establishments, Woolwich and Shoeburyness’. It bears the large linen labels and wax seals of the Clothing Inspection Department and judging by the dates it stayed in War Department stores from 1920 to 1961. 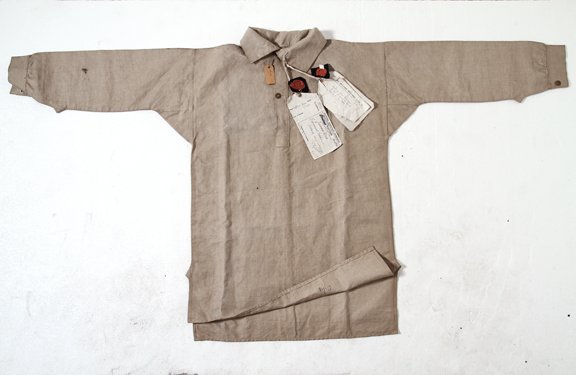 Construction-wise, like most sailors tops, it’s very simple in cut, using straight lines and triangular gussets underarm and in the sleeve cuff, buttons are pressed blank brass. As naval items go this wouldn’t be out of place in a production of H.M.S. Pinafore. 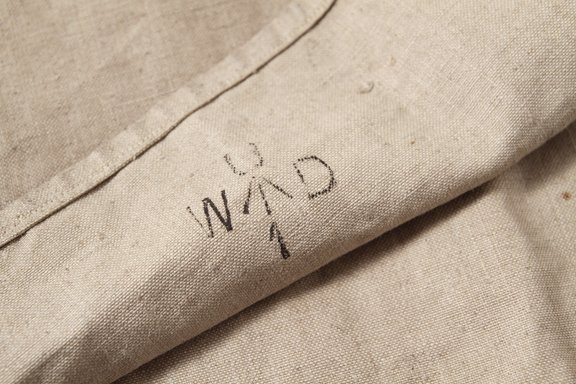 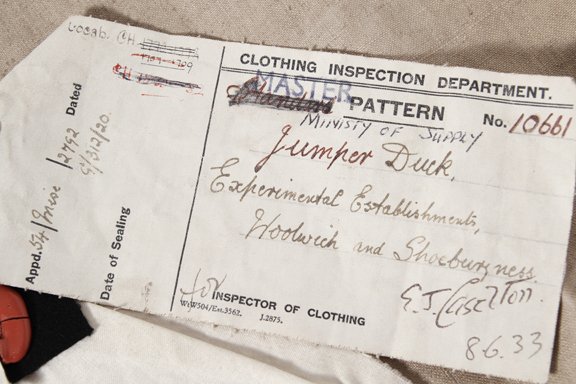 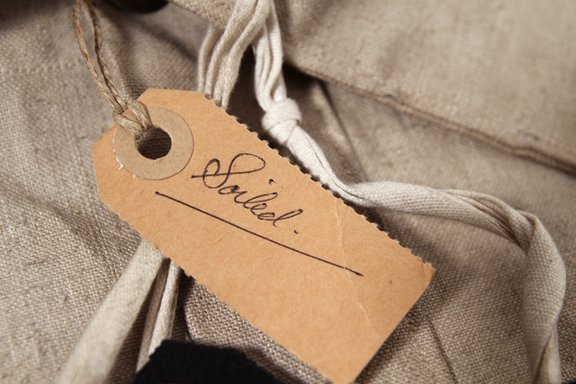 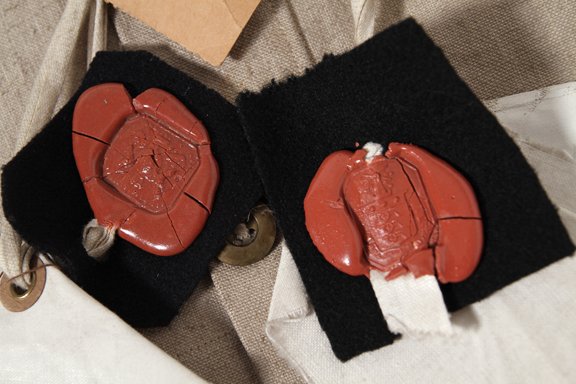 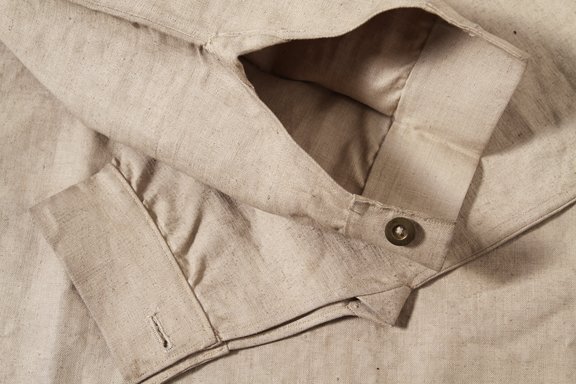